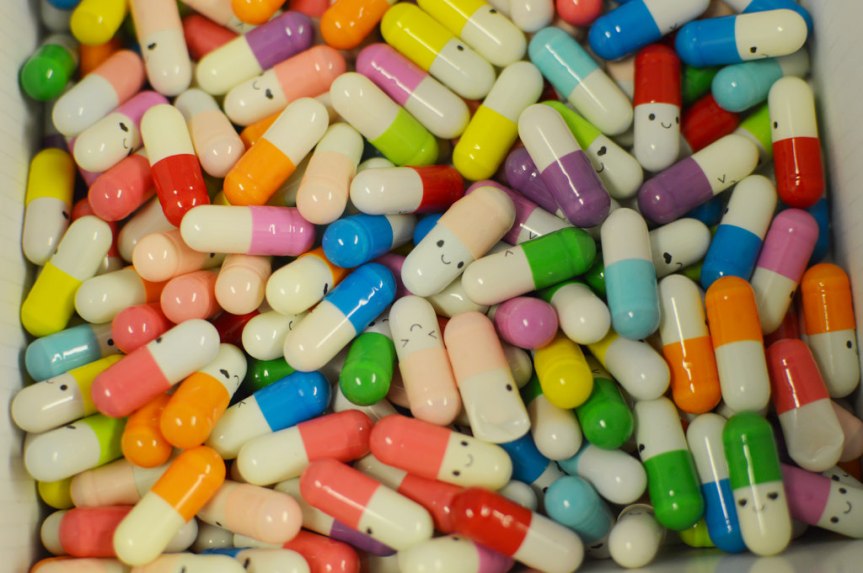 The correlation between psychiatric drugs and random acts of violence and homicide is well documented as the Food and Drug Administration requires black box warnings on the inserts of psychotropic drugs with regard to their relationship to violent behavior. Also, America has seen hundreds of cases where high profile acts of mass murder which were committed by individuals under the influence of psychiatric drugs.

Our nation is also divided on how to minimize similar tragedies in the future. Both myself and many others have said that America should have armed guards in its schools in order to prevent the catastrophic and further loss of life. Many liberals disagree by stating that having guns in schools, in any form, is a very bad idea.

Former president Obama would have you believe that we need to ban guns when in fact we would be a lot safer if we banned psychotropic medication instead.

The Undeniable Link Between Psychotropic
Drugs and School Shootings

Our nation has been riddled with mass shootings in our schools dating over two decades. The correlation between psychotropic drugs and violent enacting behavior is unmistakable. Here is a partial list of psychotropically drugged individuals who have perpetrated gun violence in our public schools:

And there are 12 more instances since the Milford incident culminating with the Cruz mass killing in Florida. And yes, they were all on psychotropic medication.

A Much Deeper Agenda Than Protecting Our Children

Big Pharma makes big money and the more psychotropic medication, the more money they make. Big Pharma’s power is unchecked as they pushed through Universal Health Care, which they control. Big Pharma runs Congress and all the former presidents up to President Trump. But, they blocked Trump’s healthcare reform. And there is another agenda, Big Pharma wants to make money on the path to our demise.

You may be wondering what the connotation of the phrase “demise” means? It means that the government wants to take our guns and they are using psychotropic medication to further this end. This will be the first step towards our demise for millions of Americans because seventeen times in the 20th Century, gun confiscation preceded genocide against targeted groups. Big Pharma is cashing in as we move down this 1984 path to national suicide. The real culprit in school shootings, is our overmedicating with psychotropic pills with their causal link to violent enacting behavior. The immediate ban on psychotropic’s would do more to stem the tide of school violence than any other factor, outside of having armed guards in the schools. However, this would not serve the agenda of those who an ulterior motive for this country and its citizens.

Consider this, if one wants to disarm a populace who would fight against the tyranny current being established, the random murder of society’s most vulnerable victims is the best place to start in order build up a sympathetic backlash against the private ownership of guns. And if psychotropic medication has a causal link to violent enacting behavior, the criminals running the government merely have to sit back and use this preventable, drug-induced violence as a pretext to grab the citizens’ guns before martial law is implemented.

The government and Big Pharma are so intent on drugging the population, that there have been government mandated programs, such as Teen Screen and the New Freedoms Commission which mandated that nearly everyone should be on psychotropic medication. Fortunately, these programs fell apart because of a lack of support, but there are more of these programs being developed and waiting in the wings.

Through the former Presidents, George Bush and Barack Obama, the government has unleashed a modern day version of the mind control police in America by attacking the psychological well-being of America’s school children and veterans by forcibly incarcerating and seizing the guns of veterans who are not drinking from the globalists’ Kool-Aid.

There is an ongoing battle for the psychological health and welfare of America’s children and eventually all Americans, under the New Freedoms Commission (NFC), as it is the eventual intent to screen and treat, with mind numbing drugs, all Americans for mental illness by using criteria designed to elicit false positives. Even though the new Freedoms Commission was the original brainchild of Bush, the laws are still on the books. I do not believe Trump will initiate the final call to forcibly medicate the population, but his liberal (Democratic) successor will. Remember, this Executive Order remains in effect.

The relatively new mind control programs have commenced with the intent of compelling the mental health testing of all 52 million school children and the 6.5 million adults who walk through doors of every school in America on any given weekday. Acting under the authority of the NFC, all 50 states are mandated to implement compulsory mental health screening. The screening exams are to be administered in kindergarten, fourth and ninth grade. The screening program requires no parental notification and carries the force of law and this program continues unabated to this day. As is the case with vaccinations, the diagnosis and treatment, under the mind control policies of the Bush and Obama administrations will eventually be universal. The future potential for greater rates of violent enacting behavior cannot be overstated with the greater use of psychotropic medication which will accompany the continued implementation of this program.

Whether the root cause of school violence are the guns or the pills, anyone with the smallest degree of common sense would be advocating for armed guards in nations schools. The TSA is allowed to sexually denigrate and violate any air traveler on random basis and yet, the TSA has failed to stop even one act of terrorism in the history of the organization. Using the TSA as a model of intrusive imposition of policy designed to keep America safe, then why would we not move to proactively move to protect our school children to this threat? How can gun confiscation even considered to be a solution when we know that 90% of the guns used in a crime are stolen? Criminals will not turn in their guns. Gun free zones are where victims go to die because they are left defenseless by their government. And that is how the elite want it to be.

Pills Are More Dangerous Than Guns

The causal links have been established between the use of Selective Serotonin Reuptake Inhibitors and random acts of gun violence. The government should be banning the pills, not the guns. But even if Big Pharma gets a free pass from the government, why not still protect the children from violence by having armed personnel in our nation’s schools? After all, if our children’s lives are important enough to consider gun confiscation, then are they not important enough to protect from 8AM to 4PM on school grounds? Well, maybe not in the eyes of the government. I would ask you to click on the following link and read my analysis of the Aurora, CO., Batman shooting which was first published only a few short days after it transpired.

Fill in the blanks America, Ray Charles could see right through this agenda. The pills are merely a means to an end. There is clearly something much bigger at work here. It is a case of using the pills to get our guns. And why do the elite want our guns? For the same reason that any despotic regime seizes guns, so they cannot defend against the coming genocide. (Click to Source)

(good until 4/7/18)
CLICK HERE to stock up on the finest quality reusable bags and kitchen items at the most affordable prices. Your purchases help sponsor someone in recovery at Victory Retreat Montana Online.