Search is on for drugs that kill pain, not people 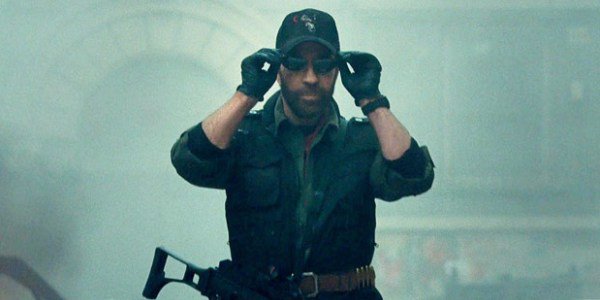 Drug overdose is the leading cause of accidental death in the US. According to the American Society of Addiction Medicine, in 2015, more than 20,000 overdose deaths in this country were directly related to prescription pain relievers. Given all the media attention on this subject, you may not be at all surprised by such statistics. As bad as this news is, it is likely underestimated.

Recent research by a team at the University Of Pittsburgh School Of Public Health revealed that many drug overdoses are so broadly classified that they are not being counted properly as opioid-related.

As stated in the report published in the journal Public Health, “Potentially 70,000 opioid-related, unintentional overdose deaths from 1999 through 2015 have been missed because of incomplete reporting, indicating that the opioid overdose epidemic may be worse than it appears.” The University Of Pittsburgh findings support other recent studies that show opioid overdoses as undercounted.

When health care professionals refer to opioids, they are referencing a class of drugs that include the illicit drug heroin, as well as the lawful prescription pain relievers such as oxycodone, hydrocodone, codeine, morphine and fentanyl. A large number of overdoses today are currently being attributed to new drugs, including fentanyl-related substances. It is believed that the problem of opioid-related deaths could get even worse as new synthetic drugs come on to the market.

The dilemma we now find ourselves in: More than one-third of the population experiences some form of acute or chronic pain in the U.S. When looking at older populations, this number rises to 40 percent. Opioids effectively kill pain. That is what they are being prescribed to do. They also can kill people and create drug addicts. To combat pain, we desperately need safer pain medications. One of the most common conditions linked to chronic pain is chronic depression. It is a major cause of suicide.

In an effort to come up with a safer solution, biochemist Dr. Tao Che, a research associate at University of North Carolina at Chapel Hill, is focusing on a structural and functional study of opioid receptors – in particular, what are known as mu and kappa opioid receptors. Nealy all currently marketed opioid drugs exert their drug action through the mu opioid receptor (clinically called MOR).

MORs are embedded in the surface membrane of brain cells and block pain signals when activated by a drug. As described by Dr. Che in an analysis posted on the Conversation, in addition to blocking pain, current opioids stimulate portions of the brain that lead to additional sensations of “rewarding” pleasure, as well as disrupt certain physiological activities. The “pleasure” trigger may lead to addiction, the “physiological” disruption can lead to death. As Che writes, “Which part of the brain is activated plays a vital role in controlling pain. For example, MORs are also present in the brain stem, a region that controls breathing. Activating these mu receptors not only dulls pain but also slows breathing. Large doses stop breathing, causing death.”

MOR is not the only opioid receptor. According to Che, there are two other closely related proteins – called kappa and delta, or KOR and DOR respectively – that also alter pain perception.

Recent lab studies are now focusing much of their attention on the KOR protein due to its ability to block pain without triggering euphoria, meaning it is non-addictive. This receptor also does not slow respiration, which means it also is not lethal. It is not without some side effects, primarily sensations of unease or sleepiness. This issue is being addressed. The ultimate goal is to design a drug that only targets the pain pathway without side effects; to utilize what are called “biased” opioids and transform these molecules into safer drugs.

I wish Che and his colleagues well. The fate of so many could depend on their success. Let us pray that the solution does not debut as yet another new exclusive high-priced designer drug by a major pharmaceutical company – one that puts the major financial burden for access on the patient. Without affordability, the introduction of such a solution would essentially be meaningless in fighting the drug overdose epidemic.

Health plans that put patients on the hook for thousands of dollars in monthly medical costs are widespread in this country and growing. The industry rationale has been that requiring workers to shoulder more of the cost of care will also encourage them to cut back on unnecessary spending. In a world where so many Americans are living paycheck to paycheck, that result was never going to happen.

Instead, studies now show that many folks are choosing to put off routine care or skipping prescribed medication entirely to save money. They simply are reducing the amount of medical care they use – including preventative care. As a result, illnesses that might have been caught early go undiagnosed. Many conditions go on to become potentially life threatening and enormously costly for the medical system.

The Trump Administration recently charged that drug companies are keeping lower-cost drugs out of the market. These mega companies are “gaming” the regulatory processes and the patent system in order to unfairly maintain monopolies, the announcement said. This is one area the Administration’s “American Patients First” Plan, announced in May, is targeted to address.

In response to the president’s announcement, Nancy LeaMond, Executive Vice President and Chief Advocacy & Engagement Officer for AARP, told Forbes’ Robin Seaton Jefferson: “There is no justifiable reason for Americans to pay the highest prescription drug prices in the world. High-priced drugs hurt everyone, and seniors, who on average take 4.5 medications a month, are particularly vulnerable.”

Harvard T.H. Chan School of Public Health’s “The State of US Health, 1990-2016” study found preventive services are key to giving everyone an opportunity to achieve their best state of health. Preventative health appears to be one of the areas in greatest jeopardy. (Click to Source)

CLICK HERE for the finest faith based personalized and compassionate addiction recovery program – right from the comfort of your home.